The latest in the international oil market

The supply of soft oils in 2021 is expected to remain tight, despite a recovery in palm oil production, while the rebound in vegetable oil demand is expected to influence markets going forward.

The poor performance of the Black Sea sunflower seed producers due to drought-like conditions during the growing season – causing lower yields and oil contents – will impact the market. However, supply dynamics in 2021 will keep sunflower oil prices firm.

A rebound in worldwide demand is expected as and when the global economy recovers and markets re-open post-Covid-19. The re-opening of the hospitality sector should be bullish for the vegetable oil industry and is likely to be influenced by the success of the worldwide vaccination programme.

This will be a determining factor in the recovery of vegetable oil consumption.

Palm oil production should experience a recovery as good rain, fertilisation, and the return of foreign labour to Malaysia and Indonesia will all assist in improving production. The number of hectares in the European Union rapeseed market is expected to remain stable, despite high prices.

There have been exceptionally favourable conditions for growing oilseeds crops in South Africa, with a record canola crop of 166 956 tons in the Western Cape – an increase of 76% since the previous season.

The stage is also set for an excellent soya bean crop with an increase of 14% to 806 000ha, and a yield that may well match or exceed the record 2,3t/ha of 2017. This could result in a crop of 1,8 million tons – the largest ever in South Africa.

In addition, the strong global markets for soya, driven by Chinese demand, have resulted in a Chicago Board of Trade (CBOT) increase of 42% year-on-year and a Safex increase of 32%. Prices are likely to remain firm.

Hectares planted to sunflower decreased by 5,4%, and the already suffering industry will not be content with a below-average supply of sunflower seed. In 2020/21, we saw what tight supply and demand can do to the market, such as feed millers having to scramble for alternative raw materials.

Sunflower seed prices on Safex increased 45% year-on-year, and the oil market is struggling to pass on the significant price increases to the end consumer. Year-on-year bottled sunflower oil prices increased by 16% for the end consumer, which was significantly lower than raw material costs and global movements.

Enjoy this issue of Oilseeds Focus. 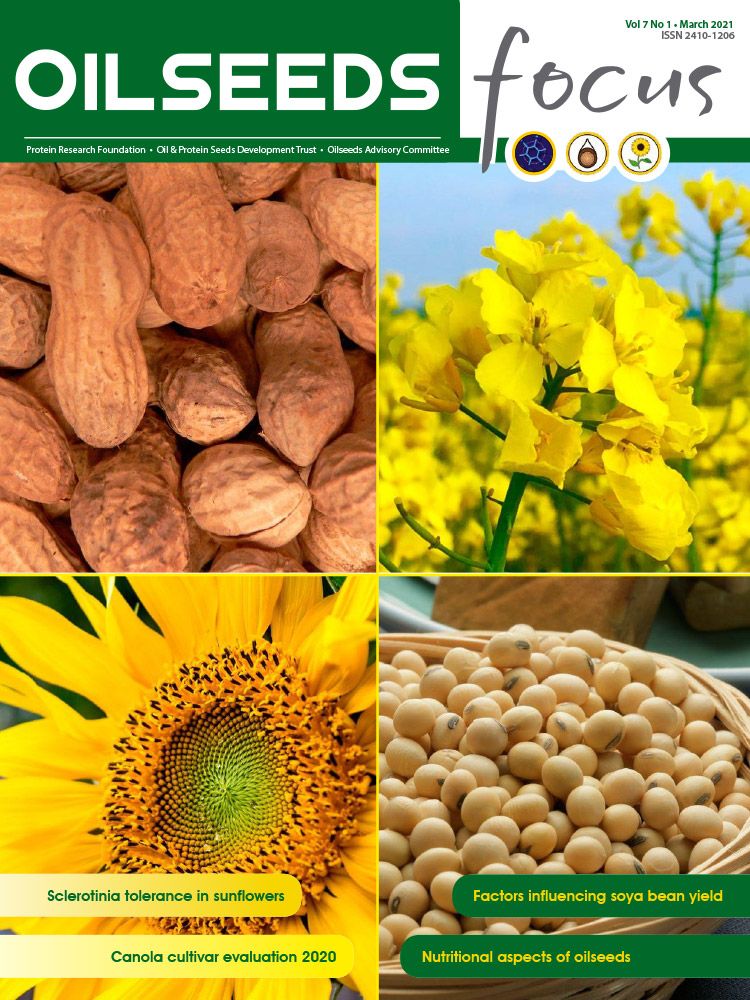