Improvements in technology remain inevitable and its progression critical. In 1984, the personal computer was not even available in South Africa. A telex was the preferred method of document transfer in 1985 and only in 1987 did it become the norm for a business to communicate via fax.

By using the Internet, the first IP connection in South Africa was made between Rhodes University and Oregon in the United States in 1991. Business and private use of the Internet began in 1992 with the advent of the subdomain .co.za.

In 1994, the first cellular phones were introduced on commercial scale in the country. Even though they were the size of a brick (Ericsson GH197), it was an amazing technological advance. Two decades later the use of smartphones in South Africa reached nine million; it then exploded to an estimated 20 million in 2018.

The ability of agricultural producers to monitor live prices and do transactions on futures exchanges with mobile devices anywhere in the world, is but a small example of how we have progressed. Social media as a means of communicating has also become part of our daily lives.

At Tesla, Elon Musk is changing the future of power with leading battery technology. Overcoming the challenge of powering homes in South Australia by making use of solar and battery technology seems a logical contribution to global power demands.

Desalination technology has also improved and reduced rapidly in cost. The Sorek desalination plant in Israel is the world's largest, with a seawater capacity of 650 000m3 per day.

Water resources are a challenge

Using available technology to recover used water and processing this resource back to potable water must receive urgent attention, and it seems logical that this advanced technology is being embraced across the world where water resources are a challenge. South Africa, however, is lagging behind – it may take the Cape Town crisis to embark on a new path.

Accurate forecasting of the effect of climate change on weather patterns, incorporating the ability of early and long-term predictions, seems a challenge. Cloud seeding to induce rainfall at appropriate times, while having received major attention and funding in the past, seems to have fallen by the wayside.

The progressive attitude of many South African farmers has been a large part of their success, and the reason why they have been able to adapt to countless challenges. Embracing technology on many fronts will make a significant contribution to success in the future.

We salute all companies/institutions that are assisting to empower producers with technology that will result in a mutually beneficial partnership. The Protein Research Foundation and Oilseeds Advisory Committee are proud to be partners in this process. 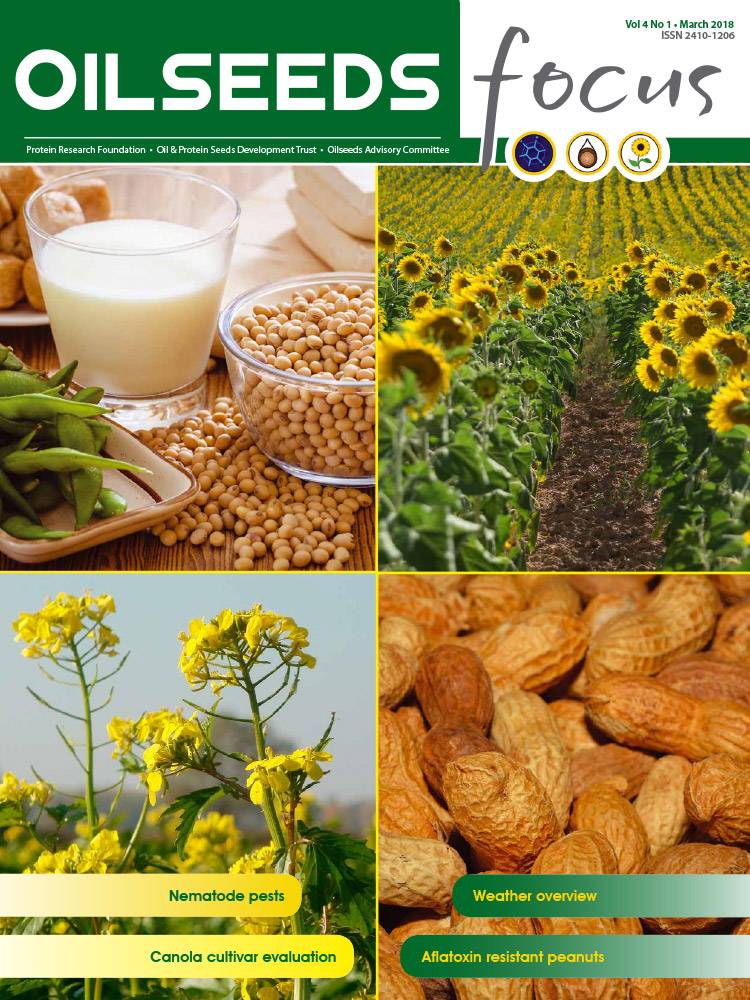 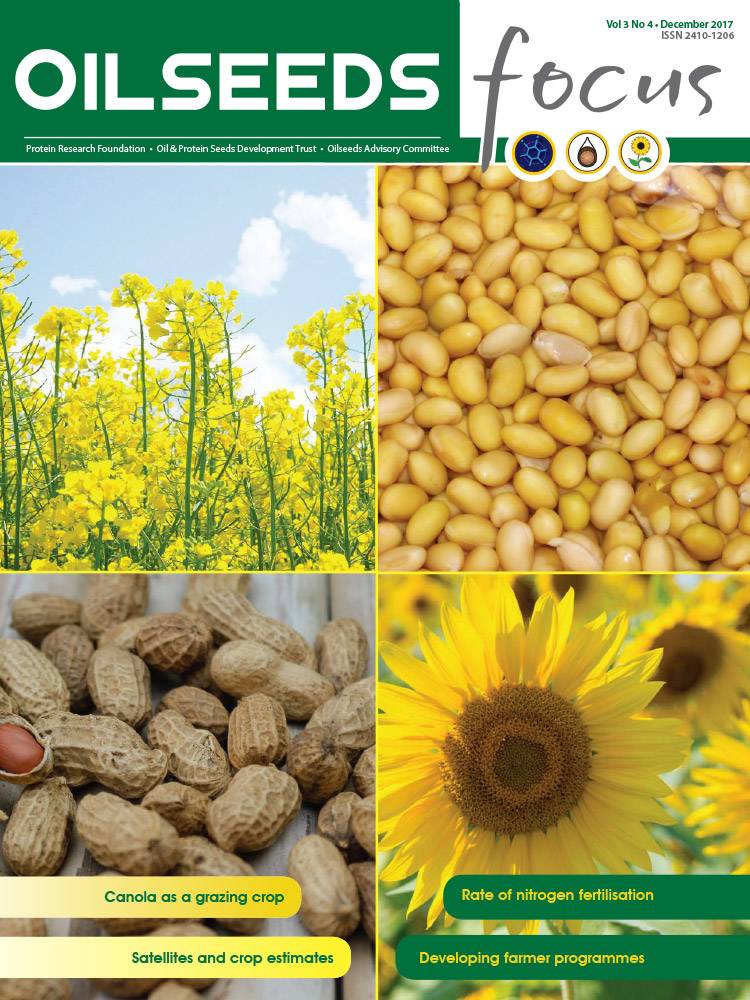 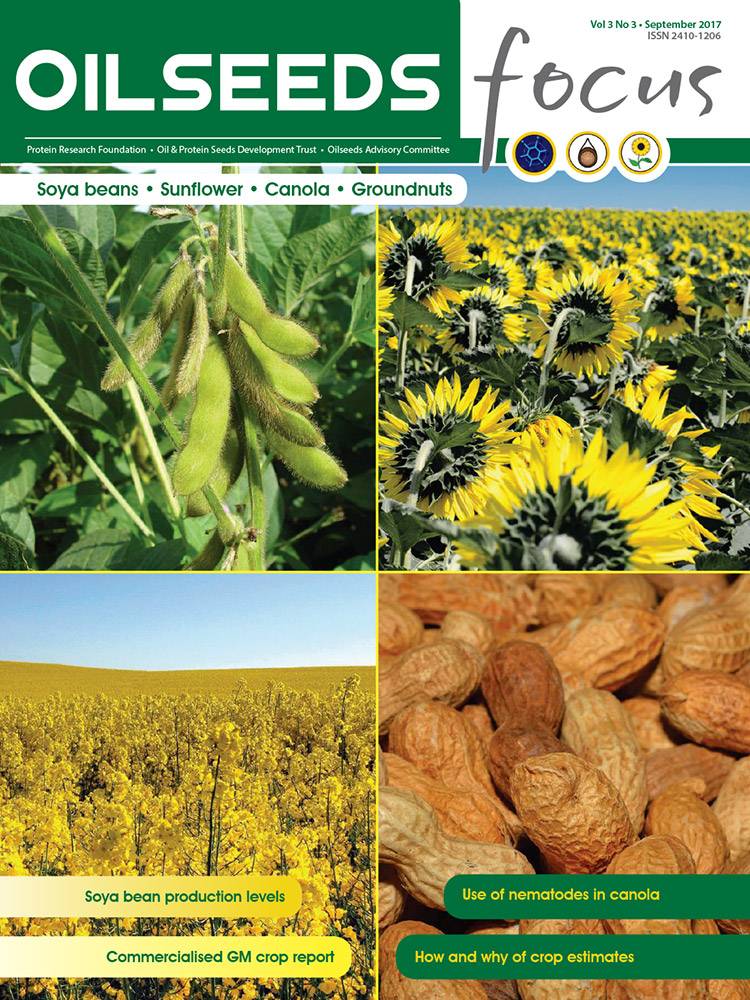 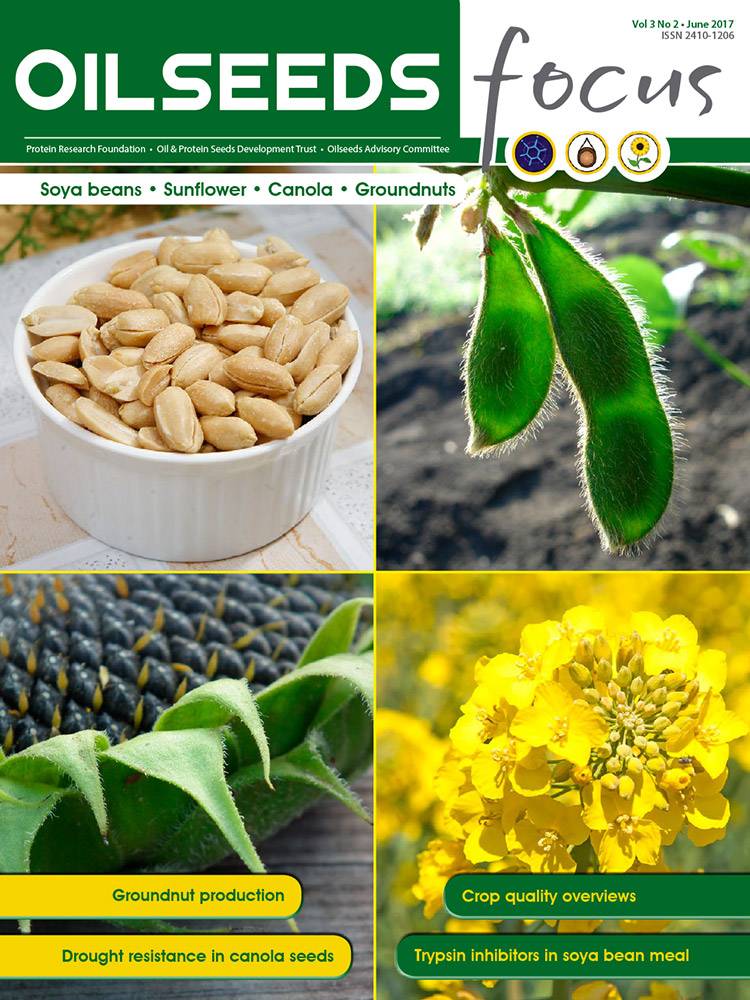 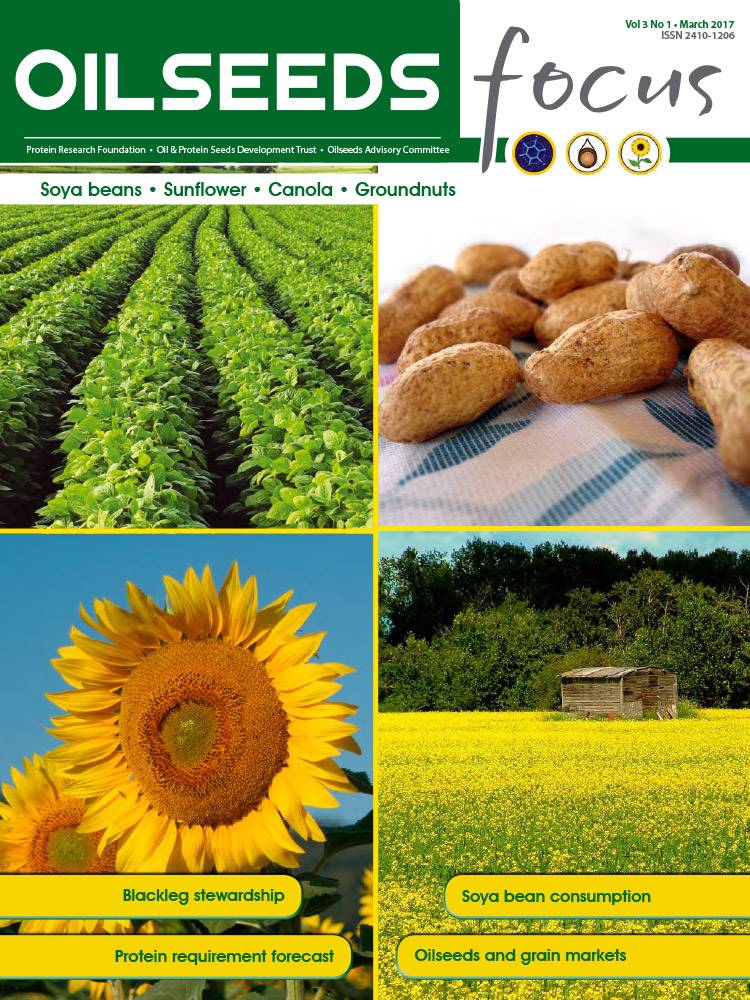