Agriculture and the Fourth Industrial Revolution

The Fourth Industrial Revolution affects us every day and changes the way we communicate with one another, the way we live and the way we work. It affects virtually all aspects of life, including business, education, transportation and health.

Agriculture is no exception. The digital revolution has been building since halfway through the last century and aspects such as improved information flow, lower transaction costs and faster communication have played a pivotal role in the economic growth of most countries.

It is extremely important that agriculture in South Africa continues to keep pace with the rapidly changing world to maximise advantages, and that smallholder farmers in remote rural areas are not left behind. They are the people who perhaps stand to gain the most from the advancing technology of our times.

Education and banking are prime examples of sectors in which there could be rapid advances and benefits; intelligence tools, digital finance and mobile-based training are but a few of the technologies that can be adopted.

African swine fever (ASF) is affecting pig farmers globally and ultimately exerting an impact on the world supply of pork. Asia – specifically China, which has the largest swine herd in the world – has been the primary area affected. AFS has, however, also spread through Cambodia, Romania, Vietnam and South Africa.

Zeerust in the North West recently had an outbreak of AFS. The disease is endemic in warthogs in the area, which means that the movement of pigs from the area is restricted. The outbreak has been described as an isolated incident and is not expected to pose any risk to South African commercial pig production.

Since the outbreak in China, which was first reported in August 2018, that country has culled more than one million pigs and sow numbers in March were down 21% year-on-year. There is no cure and no vaccine for AFS, which is highly contagious and fatal to pigs, but fortunately has no effect on humans.

The disease is such a threat that, as a precaution, the US National Pork Producers Council cancelled the 2019 World Pork Expo, which would have hosted 20 000 international visitors from across the globe in Iowa this year.

Considering that the main application of soya beans is in animal feed, AFS has dragged down soya bean demand. The United States and China continue to negotiate a trade deal, with soya beans possibly being the major bargaining chip. Tariffs that were imposed on US soya beans during the trade dispute coupled with the impact of AFS is likely to reduce China's ability to import the quantities of soya beans initially expected. Earlier this year, soya bean imports to China from the US fell to its lowest level in four years.

There is currently no indication of when AFS could be controlled. 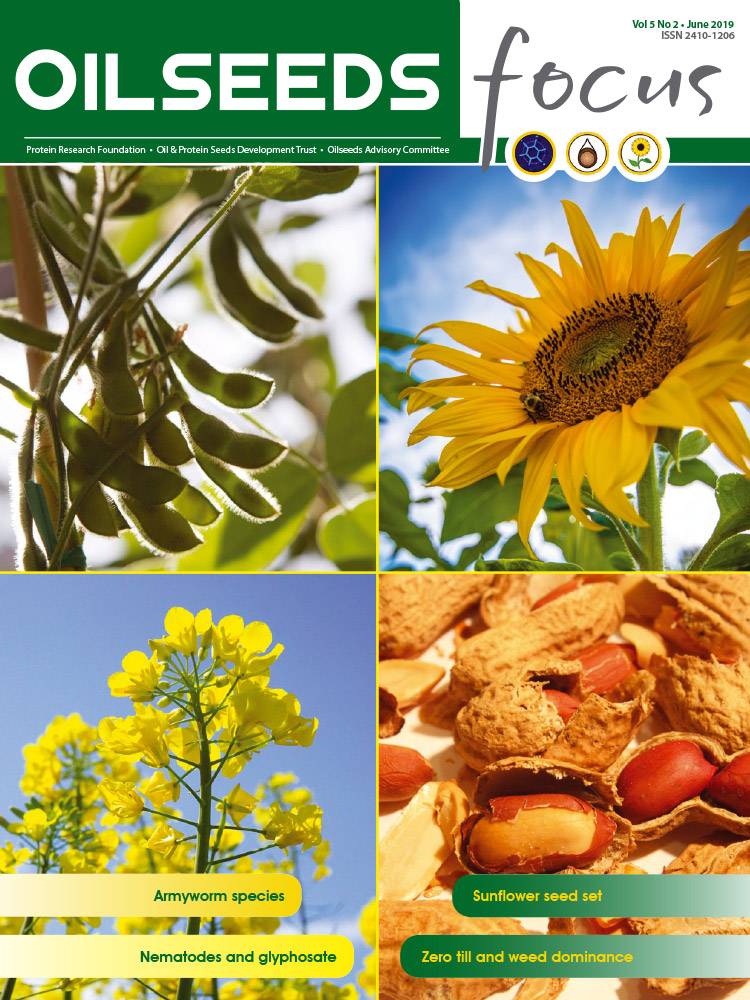