The state of agriculture

Exports of agricultural products have continued to grow. It is, however, unfortunate that imports remain high. While the country's foot-and-mouth disease status has had a negative effect on meat exports, a 20% sugar tax will worsen the situation for sugar producers, who are already under severe pressure.

Capital to finance emerging farmers remains one of the most significant barriers to making progress in what should, in reality, be a rapidly developing sector. While this has been an issue for a long time, no efforts to date have yielded major breakthroughs in this regard. However, if some of the current financing initiatives gain momentum, they could make a significant contribution to the sector.

Climate change and the accompanying uncharacteristic rainfall patterns experienced across the country, pose a major threat to sustainable production in several regions. This is where drought-tolerant technology, such as that of Verdeca in Argentina, could become even more critical in the future.

Agriculture presents an excellent opportunity to grow the economy. This will result not only in much-needed job creation but will also make a major contribution to improving nutrition for all South Africans.

An excellent start to achieving the above is to tackle the land issue by developing unproductive or underutilised land so it can contribute to the output of agriculture, by increasing exports, and by decreasing imports. Progress in this regard will certainly assist in alleviating some uncertainty in the country.

The introduction of a technology levy on soya beans has the aim of improving access to breeding programmes and technology in South Africa by making use of international expertise. We have already seen increased enthusiasm and interest in the South African market by global players, which will make a pronounced difference in increasing productivity.

The percentage of the levy devoted to transformation will also have a positive impact on implementing necessary transformation initiatives in the country.

To date, the system is progressing according to plan and we look forward to the benefits the soya bean industry will reap in the long term. 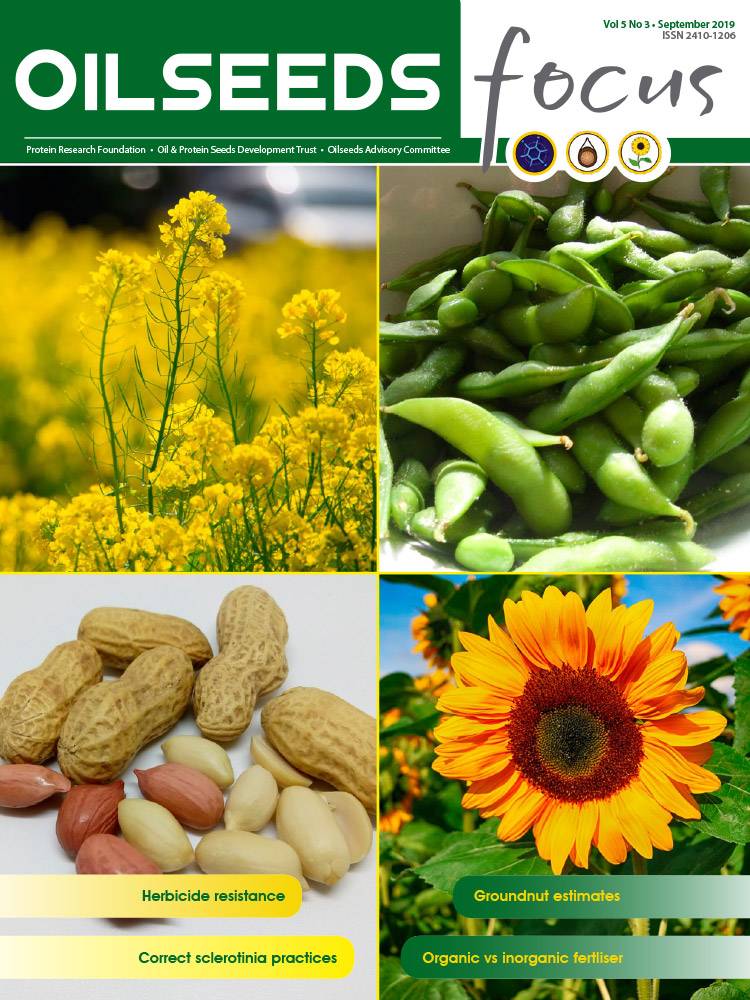