The world is in turmoil

The novel coronavirus outbreak that started in Wuhan, China, at the end of December last year, has had major ramifications for global markets. The amount of fearmongering and fake news doing the rounds are concerning, and only time will tell whether it is warranted.

At the time of writing this article, only 2% of people that contracted the disease had succumbed to it. Compare this to the 9,6% mortality rate of the severe acute respiratory syndrome (SARS) virus in China in 2002/03.

To put things into perspective, below is a list of the worst pandemics in history:

US and China reach a trade deal

On 13 December 2019, China and the United States (US) announced that the two countries had reached a preliminary trade agreement that could directly result in some tariff relief. The deal was signed on 15 January this year. Some changes to the current technology and intellectual property structures and an increase in agricultural purchases from China, were agreed upon.

Soya bean farmers in the US have felt the impact of the trade war as purchases from China dropped dramatically. In fact, as a result of the trade war, exports of US soya beans to China is estimated to have dropped by 50% in the last year. However, the effects have not only been felt by the US and China; global economic growth has also been affected.

The output of palm producers in Malaysia and Indonesia has decreased during the past year. Pressure from non-governmental organisations to reduce or halt palm plantings as a result of, among other things, concern for mass deforestation in Southeast Asia, has been immense. Low prices have also discouraged new plantings and have prompted producers to cut input costs, such as reducing the application of fertilisers. This, in turn, has lessened yields. Consequently, growth in palm oil output is expected to decrease within the next few years.

At the same time, we are expecting demand to grow, mainly due to an increased need for palm oil in the production of biodiesel. The resulting higher prices of palm oil due to the changes in palm oil supply and demand is likely to see a switch to competing oils and firm global oil prices in general.

Enjoy this edition of Oilseeds Focus. 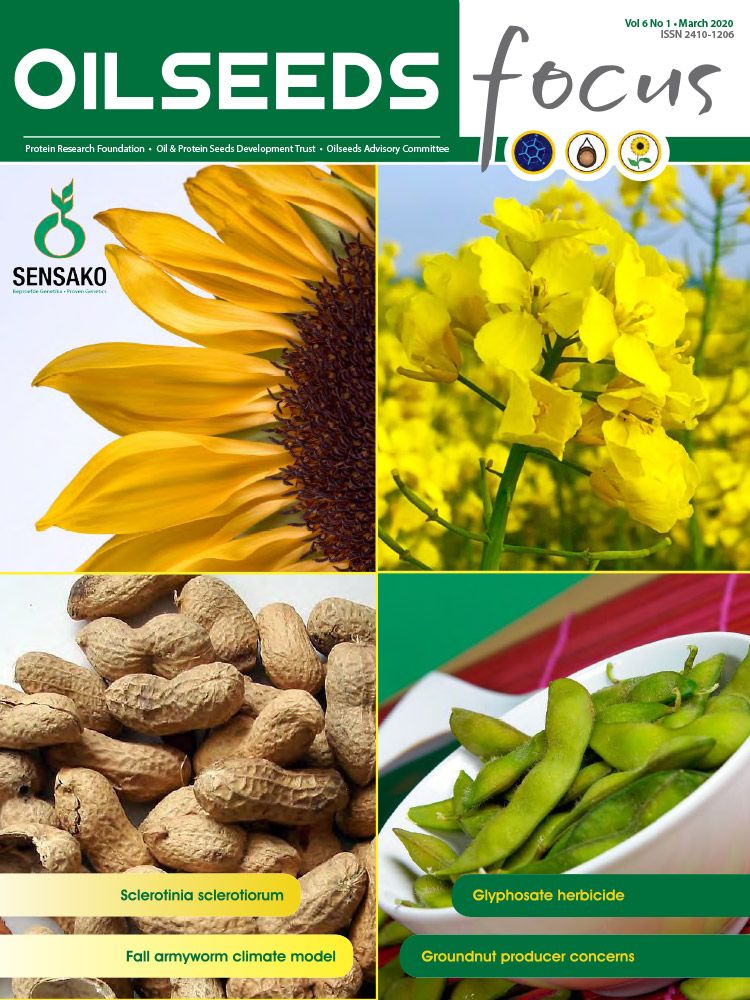